Teledent is a specialist dental teleradiology practice established in 2015 by Dr Louise Brown. It provides a specialist radiology reporting service to the dental profession and medical radiology practices in Australia and New Zealand. Teledent provides a user friendly service for those practitioners who own their own cone beam CT and/or OPG machines and recognise the need to have the images interpreted and reported upon.

Dr Louise Brown is recognised as one of Australia’s most highly qualified and experienced specialist clinical dentist.  She is the only triple registered specialist in Australia - in the fields of dento-maxillofacial radiology, periodontics and public health dentistry. She completed her undergraduate dental degree (BDSc) at the University of Melbourne in 1983, receiving awards and scholarships along the way.

After working in private general practice, she returned to the University of Melbourne to undertake specialty training in Periodontics (MDSc – 1988). Following this, she moved to Adelaide to complete a PhD and she undertook her clinical work in the Adelaide Dental Hospital in the Periodontics department. In 1990, she was awarded the prestigious NHMRC Neil Hamilton Fairley  post doctoral Fellowship enabling her to combine her research with further study. She completed a Master of Public Health degree at the University of North Carolina at Chapel Hill in 1992, winning awards for both her academic studies and her research.

Seeking a new challenge, she undertook the Doctor of Clinical Dentistry degree in Dentomaxillofacial Radiology at the University of Queensland from 2013-2015.  As well as reporting for many dental practices throughout Australia, she also is engaged to report for private radiology practices, from as far afield as Bunbury in WA and Sydney.

Whether examining a dental image or interrogating an entire cone beam dataset, Teledent likes to see its role as akin to that of a detective. Arthur Conan Doyle described the three essential qualities of a good detective as:

Louise has the eyes of a radiologist and the mind of a clinician. She combines a sharp intelligence, extensive clinical experience, knowledge and skills, including the surgical placement of thousands of dental implant since 1996, and a very practical approach to diagnosis and treatment planning. She sees a growing need to make radiology reporting more clinically relevant, bringing radiology out of the realm of sitting in a darkened room in front of a computer screen, into the environment of the patient within the surgery - providing you, the clinician, with radiology reports and relevant worked-up images that guide your treatment decisions and enable straightforward communication of the findings to your patient. 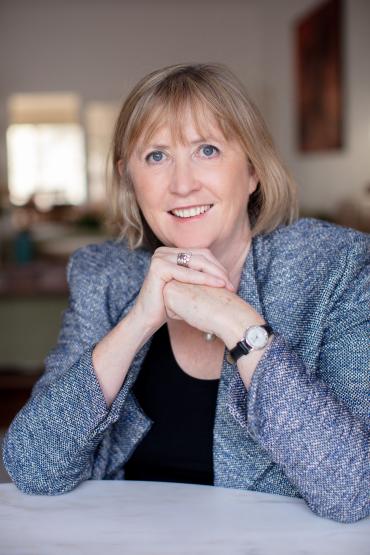